We are happy to announce that cooperation with Mundi Plumarii Foundation has been successfully started.  We will provide them with spare capacity free of charge. There is a future plan of outsourcing all of our charity activity to them. Keep fingers crossed. See Patchion’s products:Embroid…Mission…Custom…Custom…Moto SkullThe…Trike Week 2016HM…Pizza…Plymout…Sigillu…Chip ‘n…

Since now, you can get our off shelf product directly from our partner web-store. Visit today www.patchion.com . Use this promotional code: RIAECF5P and get 10% discount The web-store offer wide range of embroidered products: Almost 1000 flags of each country and many others Music bands logos ASG and Paintball morale items Motorcycle and Blood … Read morepatchion.com is ready – use voucher today 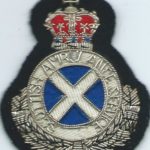 EMS (emergency medical services) specifically refers to ambulance, rescue and first responder organizations, including police and fire departments due to their parallel roles as first responders. First response was originally linked to military evacuation of troops from the front lines during the American Revolution and Napoleonic Wars. As such, EMS patches have lingering military functions … Read moreEMS patches history 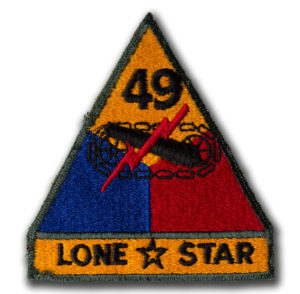 Badges originated in the Middle Ages. They were distributed to mark events like a coronation or an accomplishment like a pilgrimage to a specific site. Such badges were especially popular in Great Britain. At this time, they were usually a type of jewelry made from metal or ceramic. By the end of the Middle Ages, … Read more20th Century Embroidery – Badges

Today’s embroidery technique has been computerized in all the process, from big graphics to the smallest details, particularly the small letters. Besides of its problem and difficulty in the production, there are some proper techniques to perform the embroidering small lettering. Simplification is not an option and unacceptable. Many of us think because of its … Read moreThe Proper Technique of Small Lettering Embroidery 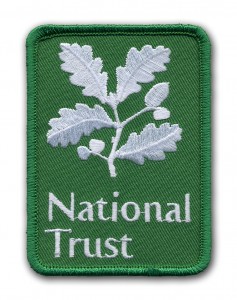 We have produced The National Trust embroidered patches.  Their logo (the oak twig) and “National Trust”  on the green background. Those emblems are finished with green merrow border. They all have a special iron on backing so they can be attached easily. The National Trust charity “works to preserve and protect historic places and spaces … Read moreThe National Trust patches – 100% donation for charity 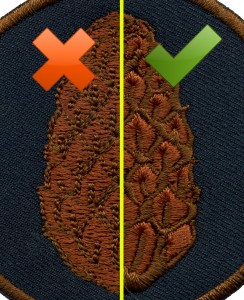 Every day there are numerous questions concerning the quality of our products. Obviously, we always try to create products of the highest quality. Many people inquire into the characteristics of the high quality of our products. It depends on numerous factors such as a kind of threads and foundation, the way of stiffening or even … Read moreGood quality embroidery design favorable to the customer 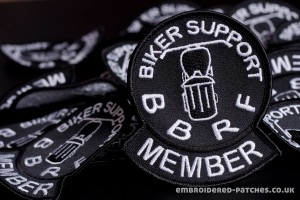 We support BBRF for a few years. Another set of their cool patches was dispatched recently to Northampton UK . You can get one directly from The British Biker Relief Foundation website. Those patches are custom shape. Round part shows BBRF logo, the rocker part says MEMBER. They are all black background with black merrow … Read moreWe support BBRF 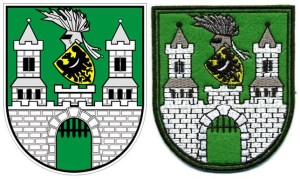 The screen of a computer has its resolution as well as a felt-tip pen has its stroke weight. The same is the case with computer embroidery and we are limited by some sort of “resolution”. Primary importance is attached to the thickness of embroidery thread as well as necessary spaces between needle’s application so that … Read moreSmall details cannot be embroidered. Do you know why?

Scroll back to top
X